Le Monde: Fear over growing frustration of the Shia majority in Bahrain in the light of their spiritual leader’s prosecution 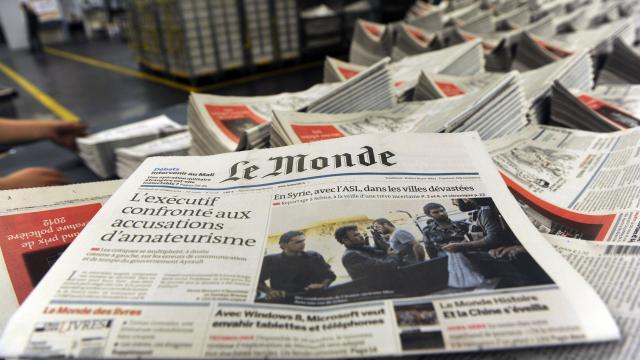 The prominent human rights defender Sheikh Maitham Al Salman told Le Monde, one the most important French newspapers that the prosecution of the Shia spiritual leader in Bahrain and the Gulf Ayatullah Sheikh Isa Qassim will only exacerbate the Shia majority’s frustration.

The newspaper stated that the human rights situation in the small Gulf kingdom has deteriorated 6 years after the 2011 uprising was suppressed during the Arab spring.

The newspaper added that human rights and political activists, along with the majority Shia sect scholars are being imprisoned, or prevented from leaving the country, or stripped from their citizenships.

Le Monde conducted an interview with Sheikh Maitham Al Salam during his stay in Paris, in which several human rights aspects were addressed as follows:

Six years after the Bahraini uprising, suppression has increased in Bahrain, what are the most important violations being committed at the mean time?

There are three actually. The first violation is the King’s ratification of a constitutional amendment that enables the military courts to try civilians. This contradicts with Bahrain’s international obligations and Bahrain’s Independent Commission of Inquiry recommendations. The second violation is granting the National Security Apparatus full authority, which also contradicts with the BICI recommendations knowing that members of the NSA were responsible for serious violations like torture. As for the most dangerous violation, it would be the citizenship revocation of Shia’s spiritual leader Ayatullah Sheikh Isa Qassim who is one of the founders of Bahrain’s constitution. Sheikh Qassim represents the 65% of Shia in Bahrain refusing this decision.

Ever since the royal decree stripping Sheikh Qassim’s citizenship was issued in the 20th of June 2016, hundreds of citizens have been protesting in front of Ayatullah Qassim’s house in Diraz which has been put under tight siege, as military vehicles are deployed at all the entrances of the area and minor entrances have been sealed off with concrete slabs and barbed wires.

The High Representative of the European Union for Foreign Affairs and Security Policy Federica Mogherini noted that the case is not just related to human rights, it is political as well. Bahrain is in a conflict zone where alliances and religious polarization plays a key role. We don’t want Bahrain to become another Iraq or Yemen or Syria. The international community has to help Bahrain resume peace and stability throughout a comprehensive dialogue to ensure equality among all citizens and end discriminatory practices against the Shiite community.

Is there a risk of violence in Bahrain?

When moderates are imprisoned and intimidated, the door is opened to extremism. When moderates such as Nabeel Rajab, Sheikh Ali Salman and others are imprisoned for their views, when 65% of Bahrainis become victims of systematic discrimination, when repression becomes the government’s strategy, frustration naturally rises. The international community should call upon Bahrain to allow civil society to become active rather than become targeted. Any conviction in the trial of Ayatollah Qassem may cause unrest.

Since 2011, the Government has committed serious violations that not only affect national reconciliation but also frustrate the vast majority of citizens in a dangerous manner. It is important to convince the Government of Bahrain that dialogue is the only way to achieve stability and that it is impossible to silence thousands of people who have been dismissed from their jobs, who have seen their mosques destroyed, and their relatives in prison. The Government of Bahrain must adopt the process of transitional justice, as well as legislative measures and strategies that place the Bahraini identity behind all other religious identities, whether tribal or ethnic.

You have been working for a long time on the interfaith dialogue in Bahrain. Are you still optimistic about the possibility of overcoming the sectarian division in the country?

There are many opportunities to overcome this crisis. But the repression of civil society and the censorship of civil activities limit any political space, and Bahraini authorities do not give community leaders the opportunity to play their roles as they should.

I remain optimistic about the history of Bahrain. The majority of Bahrainis do not seek tribal wars or revenge. Many Bahrainis want an end to discrimination and seek to impose national identity on other identities. Bahrain has historically been open to other cultures. Manama, the capital, has the majority of Shiite cultural centers, but also dozens of churches, Buddhist and Hindu temples for decades. We are the best model for peaceful coexistence among all the countries of the Arabian Peninsula, and I hope that we will get there again if the government stops targeting civil society.