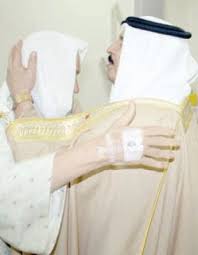 We, the undersigned Bahraini and international non-governmental organizations (NGOs), would like to raise our collective concern regarding the arbitrary denaturalization and ongoing prosecution of Ayatollah Sheikh Isa Ahmed Qassim in the Kingdom of Bahrain. We are alarmed that the charges against Sheikh Isa relate solely to traditional, long-standing Shia religious practices. These actions target the country’s senior-most Shia cleric, and come together with broader efforts to religiously, politically, socially, and economically persecute Bahrain’s majority Shia community. With these concerns in mind, we ask that you direct your government to drop all charges against Sheikh Isa Qassim, and that you urgently restore his Bahraini nationality.

On 20 June 2016, the Ministry of Interior (MoI), together with the Bahraini Cabinet, unilaterally revoked the citizenship of Sheikh Isa Qassim. In a statement1 announcing the “administrative” decision, the MoI vaguely cited a litany of accusations against Sheikh Isa, yet only cited one law as justification for the order. According to the statement, the MoI accused Sheikh Isa of violating Article 10, Paragraph C of the Bahraini nationality law, stating that he had “[caused] damage to the interest of the State or [took] actions contrary to the duty and loyalty to it.”

Less than one month later, the Public Prosecution charged2 Sheikh Isa and two others with alleged money laundering. The charges relate solely to the Shia religious practice of khums, an annual payment made by Shia Muslims to Shia clerics for distribution as social welfare. Shias around the world and in Bahrain have practiced this religious practice for over one thousand years. The government, however, claims3 that the charges are not linked to religious practices, alleging instead that Sheikh Isa and other clerics have illegally received foreign funding and have been “withdrawing, depositing, purchasing, allocating, and distributing the amounts in a way that shows that their sources are licit, contrary to the facts/reality.” Yet critics at the time suggested4 that the government is creating an opportunity to both target Shia religious leadership and centralize its authority over the khums practice in order to generate profit.

citizenship revocation was just the latest action in a concerning trend of moves by Bahraini authorities to “further divert Bahrainis from the path of reform and reconciliation.”

United Nations (UN) human rights experts have raised their own concerns over the government targeting of Sheikh Isa Qassim and other clerics. In August 2016, five UN Special Procedure mandate holders issued a joint statement6 urging Bahrain to “end the persecution of Shias.” In the statement, the mandates called on the Government of Bahrain to, “stop such arbitrary arrests or summons and release all those who have been detained for exercising their rights.” They continued by saying that, “the Government should not resort to repressive measures and we urge it to enter into dialogue with all relevant parties in order to prevent unnecessary conflict or violence.”

The UN Special Rapporteurs expanded upon this statement when they published their most recent Joint Communications Report7 ahead of the 34th Session of the Human Rights Council beginning in February 2017. In communication BHR 5/2016,8 nine different mandates stated, “we are deeply concerned by the systematic persecution and repression of the Shia population, [including] religious leaders… in Bahrain based on their religion or belief.” The international experts expressed “further concern… at the unfair process of denaturalization of many dissidents and religious clerics that lead to statelessness and arbitrary deportation.”

Despite the high degree of international concern from allied governments, the United Nations, and human rights organizations, the Government of Bahrain has continued to move forward with prosecuting Sheikh Isa in relation to the traditional Shia khums practice. After several hearings and judicial delays, Sheikh Isa’s trial continued this week on Tuesday, further prolonging the process of legal proceedings against him.

We in the international human rights community stand for religious freedom and tolerance everywhere, and condemn all violations to the rights to freedom of religion or belief. Given that your government’s prosecution of Sheikh Isa Qassim under charges of “money laundering” is in relation to the long-standing Shia religious practice of khums donations for charity and social welfare, we call on you to drop all charges against Sheikh Isa Ahmed Qassim. We further echo the international human rights experts’ concern over arbitrary denaturalization in Bahrain, particularly regarding Sheikh Isa Qassim, and call on you to reinstate Sheikh Isa’s Bahraini nationality without delay. Finally, we urge you to respect fully the rights and practices of all religious communities in Bahrain, including the Shia majority, in line with Bahrain’s international commitments.

With title and organization for identification purposes only

Institute on Religion and Democracy