On the International Day for Cultural Diversity.. Bahrain Interfaith Calls for Countering Discrimination and Hatred on the Basis of Differences in Culture, Language and Customs 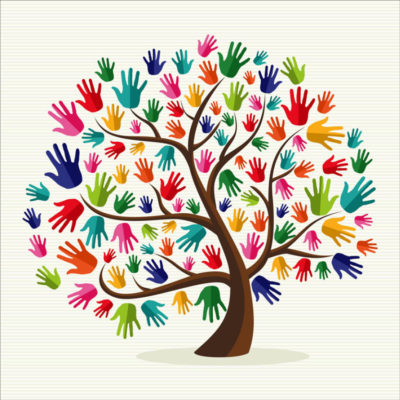 On May 21 of each year, the world celebrates the International Day for Cultural Diversity, in the framework of the endeavors to achieve peace, stability and development in all countries around the world, where the promotion of cultural diversity is an essential pillar for reducing conflicts between countries and peoples, by contributing to accepting social diversity, appreciating cultural difference and considering it an advantage that encourages dialogue between civilizations and different cultures and builds mutual respect between them.

Most of the problems rooted in countries of the world today are due to the prevalence of policies and practices infested with hatred of other cultures and transcendence on them and dealing with followers of those cultures with discrimination, contempt and marginalization, which generates deep conflicts within societies that are characterized by the rich diversity of cultures and customs, and these conflicts quickly reflect on everyone by the collapse of peaceful relations based on dialogue and tolerance among members of society.

Bahrain Interfaith believes that all the challenges facing Bahrain – as it seeks to achieve greater internal development and cohesion – can be overcome by adhering to international covenants and treaties related to respecting cultural diversity, including the declaration to protect and promote the diversity of cultural expressions adopted by UNESCO in 2005.

BI affirms that the road to achieving the requirements to respect and promote cultural diversity in Bahrain needs a number of steps and procedures, including:

‎1- Adopting local legislations concerned with respecting and protecting the cultural diversity of the various components of the local community in Bahrain, and criminalizing all forms of discrimination, contempt and hatred against others on the basis of culture, language, and customs.
2- Commitment of civil society organizations and state institutions to embrace and accommodate different cultures that represent the components of Bahrain in a fair and balanced manner, and in a manner that enhances the values of coexistence and understanding between them.
3- Incorporating legislations that respect cultural diversity into sustainable development programs and policies, and emphasizing the need for these programs to adhere to the principle of respecting, appreciating, and promoting cultural diversity between citizens and residents of the country.
4- Considering the respect for cultural diversity an integral part of respecting the human rights and fundamental freedoms.