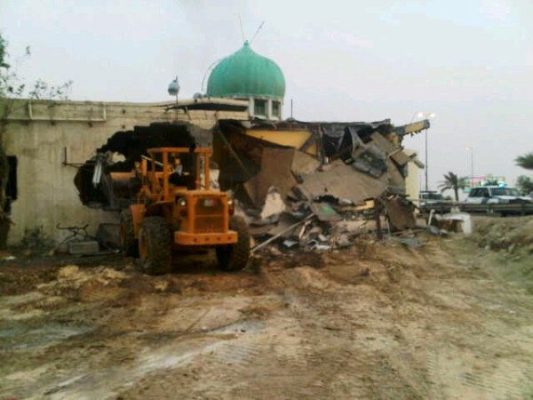 Bahrain Interfaith commemorates the National Day of Religious Freedom in Bahrain on the seventeenth of April of each year, the day announced by the Center in 2012 to emphasize the importance of promoting and consolidating religious freedoms in Bahrain, where the Center announced this day in conjunction with the anniversary of the demolition of Al-Barbaghi ​​Historical mosque, which was built in the year 1549 and was demolished by government forces on April 17, 2011 during the unfortunate events that occurred in the country that year.

The events were raised in BICI report which was led by the late Sharif Bassiouni, who documented the unlawful demolition of more than 30 mosques in Bahrain, and the state adopted this report at an official ceremony on November 23, 2011 and confirmed that it is working to implement the recommendations contained therein. While the official authorities concerned with implementing the recommendations of the report did not complete the efforts hoped in this context, the need today is more urgent in order to work hard to rebuild all the demolished mosques.

BI assures that rebuilding all the demolished mosques will be an important and additional tributary in expanding the scope of harmony and cooperation between the government and citizens, and in a way that is congruent with the national achievement that Bahrain is witnessing in light of its fight against the new Corona epidemic and the consensus between all in supporting the national team assigned to combat the epidemic.

On this occasion, the Bahrain Interfaith stresses the following points:

1- Enact laws criminalizing sectarian and religious discrimination in Bahrain.
2- Adoption of legislations to protect religious liberties for all religious and sectarian components in Bahrain.
3- Encouraging civil society organizations(CSO’s) and the general public to consider religious freedoms an essential axis in public freedoms and human rights.
4- Emphasis on rebuilding 38 demolished mosques in their original sites.