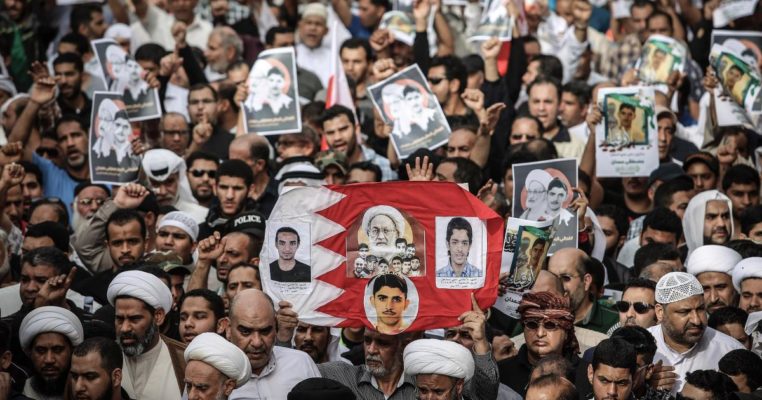 In the 652-page World Report 2020, its 30th edition, Human Rights Watch reviews human rights practices in nearly 100 countries. In his introductory essay, Executive Director Kenneth Roth says that in 2019, Bahrain widened its suppression of online and social media activity. On May 30, the Interior Ministry declared that it will prosecute people who follow “inciting accounts” or share such posts on Twitter. No independent media have operated in Bahrain since the Information Affairs Ministry suspended Al-Wasat, the country’s only independent newspaper, in 2017. Foreign journalists who have written critically about Bahrain as well as Human Rights Watch and other rights groups are routinely denied access to the country.

The government executed three people in July, including two prisoners convicted in a mass trial marred by serious due process violations and allegations of torture. On December 31, 2018, the Court of Cassation upheld a five-year sentence for the human rights defender Nabeel Rajab, arising from his social media activity. The courts subsequently rejected motions filed by Rajab’s lawyer requesting that he serve a non-custodial sentence. The Court of Cassation upheld the life sentence against Shaikh Ali Salman, leader of Al-Wefaq, Bahrain’s largest but now-dissolved opposition political society, on January 28 on dubious “espionage” charges.

“Bahraini authorities have silenced, exiled, or imprisoned anyone who criticizes the government,” said Joe Stork, deputy Middle East director at Human Rights Watch. “To make matters worse, Bahrain’s allies are burying their heads in the sand and conducting business as usual instead of pressing Bahrain to release Nabeel Rajab and others jailed for speaking out.”

Bahrain’s prison authorities are failing to provide adequate medical care to high-profile prisoners, some of whom are in critical condition. On August 15, more than 600 prisoners in the Jaw Prison and Dry Dock Detention Center began a hunger strike to protest prison conditions, including denial of medical care and placement in cells where prisoners are held with people with whom they do not share a common language, culture, or religion.

Oversight bodies set up in 2012, such as the Interior Ministry’s Ombudsman office, have not investigated credible allegations of prison abuse or held accountable officials responsible for torture during interrogations.

In a positive move, King Hamad al-Khalifa and the courts have reinstated the citizenship of 698 individuals who had their nationality revoked on apparently trumped-up terrorism or national security charges. However, almost 300 individuals remain stripped of their Bahraini nationality.

The report discussed many topics in detail, as follows:

The report concluded that the human rights situation in Bahrain remained dire in 2019. In addition, Bahrain continued to deny access to the United Nations special procedures, including the special rapporteur on torture.