Bahrain Interfaith Calls On All Parties to Utilize Ayatollah Qassim’s Invitation to “Release All Prisoners”, To Commit To “Nonviolence” and To Create Grounds For “Political Solutions” 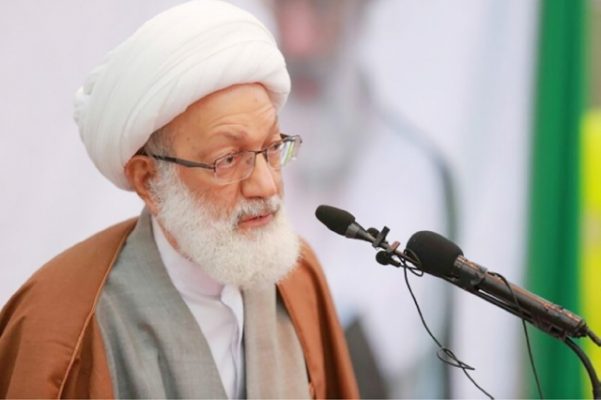 Bahrain Interfaith reiterates its position calling for the release of all political prisoners in Bahrain, without restriction or pre-conditions, and reiterates its assertion of what was stated in its published statement on December 16, 2019, that the recent releases of prisoners through alternative sentences are positive and limited steps in the right direction.

Bahrain Interfaith believes that it’s position intersects with the calls made by Ayatollah Sheikh Issa Qassim in his published statement on December 29, 2019.

The center considers the calls made by Sheikh Qassim for protecting political rights fully consistent and compatible with international human rights covenants, including the International Covenant on Civil and Political Rights (ICCPR), that affirms the right of individuals to freedom and security and protected from arbitrarily arrests, in addition to the right of everyone to participate in public affairs; directly or through representatives freely chosen and elected, and this includes the right to contribute in State management affairs based on the constitution of Bahrain that clearly states that “the people are the ultimate source of all powers”. (BI) added that these calls are in line with democratic values and the principles of Equal Citizenry, which was also affirmed by Sheikh Qassim, in his call for “the unity of the nation, and striving to achieve the interests of all nationals.”

Bahrain Interfaith stated that the release of all prisoners is a necessary starting point, but political and civil rights in Bahrain need to be protected in order to secure the road towards an all inclusive “meaningful” dialogue that leads to a national reconciliation process that meets the aspirations of all Bahrainis.

Bahrain Interfaith renews its call to all parties in the crisis to adhere to “nonviolence” and reject all forms of violence, regardless of the justifications and sources of violence, due to “exorbitant cost” of violence on all.

The center welcomed the call of Ayatollah Qassim to commit to non-violence and regarded his calls as a reliable social and political guarantee towards ensuring violence is denounced and countered by all at this sensitive phase in the history of Bahrain. (BI) called on all parties in the crisis to create momentum to build a collective will towards agreeing on a road map towards political solutions that meet the aspirations of all components of society.