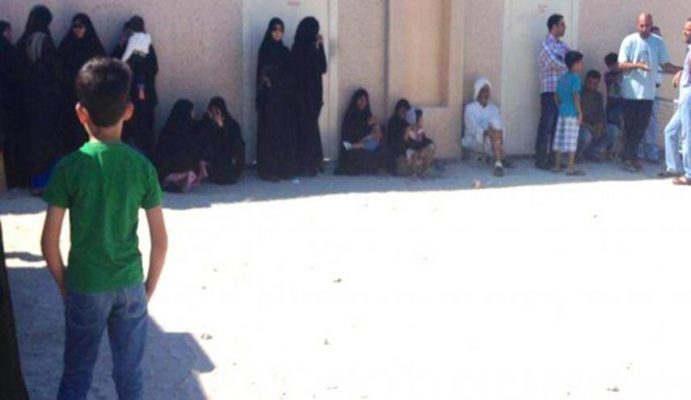 Bahrain Interfaith, expresses concern an the disruption of the process of releasing approximately 80 young prisoners, and calls on the Government of Bahrain to carefully deal with the anxiety and suffering of the families of young prisoners awaiting the release of their young ones.

(BI) believes that revealing the names of the (80) young prisoners raises the doubts that surround the families of detainees, in light of the estimates that indicate that the young prisoners released so far have not exceeded 40.

The Center stresses the need for the Government to be fully transparent with the families of all political prisoners in Bahrain, and calls on the concerned bodies to announce the list of names of prisoners to whom the alternative penal procedures were applied, after announcing on December 15th, that 530 beneficiaries will benefit from alternative sentencing. The Center also expects the Govt. to remove the ambiguity surrounding the release of prisoners, especially after the disappointment and frustration that prevails amongst citizens and hundreds of Bahraini families after acknowledging that the majority of the 269 individuals, released by the royal pardon issued on December 16, 2019, were non-political cases.

(BI) urges the Government to take broader corrective steps in addressing the urgent need to release political prisoners, and to not limit alternative sentencing to partial and small batches. The Center fears that obstructing the release of political prisoners will be another missed opportunity by the Government to create momentum towards resolving the political crisis and taking important steps towards dialogue and national reconciliation.