Bahrain Interfaith Statement at the global refugee forum: The Bahraini Diaspora … A need for Sustainable Solutions 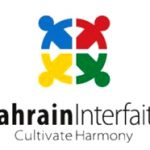 The Bahraini Diaspora … A need for Sustainable Solutions

Bahraini Refugees: a Consequence of Repression and the Absence of Citizenship

In 2011, Bahrain witnessed widespread human rights violations, especially after the government suppressed the massive popular protests that took place in the country on February 14 of that year and beyond. The methods of repression that were documented by the Bahrain Independent Commission of Inquiry (BICI) report, known as the Bassiouni Report, caused many adverse effects on  political, economic, civil and social rights, including harming and endangering lives within the country.

Over the years after 2011, many Bahrainis had to leave the country due to threats, prosecutions and reprisals against opposition figures and activists. Furthermore, the government revoked the citizenships of many activists after 2012. The numbers of nationality revocation cases reached a record of 990 in 2019. It is noteworthy that most of those who had their citizenships revoked are prominent dissidents and clerics, and the government forcibly deported a number of them in the absence of  measures that respect their basic and fundamental human rights, and the rights of their families.

The ongoing political crisis in Bahrain over the past years, has caused a phenomenon of Diaspora that led many Bahrainis to seek refuge in many countries around the world. This phenomenon was accompanied by extensive violations and hardships that the citizens were subjected to, including the loss of a sense of safe homeland, deprivation of identity and nationality, the lack of easy access to a safe alternative, in addition to social and economic difficulties, and the difficulty of communicating with their families in Bahrain, for the fear of the government’s reprisals against their families.

Diaspora around the World

According to published United Nations statistics, Bahraini refugees are spread in many countries around the world. For instance, in 2018, 253 refugee situations were documented in Iraq, 48 of which were documented under the category of “asylum seekers.” All the cases (48) were directly related to the political situation in Bahrain since 2011.

According to the available figures published on the UNHCR website, Bahraini refugees have spread, between 2011 and 2018, over many countries known to be outside the framework of countries that receive refugees and provide legal and safety guarantees to refugees, and these countries included: Iraq, Syria, Jordan, Ethiopia, Egypt, Yemen, Pakistan, Lebanon, Somalia, and Sudan.

Moreover, there are large numbers of Bahraini refugees in the Islamic Republic of Iran, and according to sources provided by activists, their numbers are estimated at more than 400 cases. The majority fear persecution for political reasons, additionally many of those attending the seminary in Qom for religious studies, fear maltreatment if they decide to visit or relocate in Bahrain.

Furthermore, there are numbers of refugees scattered in Europe, UK, Canada, the United States, Australia, New Zealand, and other countries in different continents of the world. Most of these refugees received asylum and protection, and their number, as registered in the UNHCR, is estimated to be more than 376 until the year 2018 , and some of them are facing some difficulties in obtaining asylum.

It is noteworthy that these figures are from asylum requests through UNHCR; however, the actual numbers of Bahraini refugees far exceeds the official figures published on the UNHCR website. Sources claim that the total number of refugees exceeds 1500 Bahraini’s in 2019.

In the same context, some Bahrainis abroad, despite obtaining asylum, fear  persecution by the Bahraini government, as the case of the Bahraini soccer player Hakim Al-Uraibi has demonstrated. Hakim a refugee in Australia, was arrested in Thailand earlier in 2019. Similarly, some asylum-seekers have been extradited to Bahrain, like Muhammad Al-Shuwaikh, who was deported from the Netherlands in October 2019 to Bahrain and sentenced, after that, to life imprisonment and citizenship revocation. Furthermore, there was fear of the extradition of the activist and the cleric, Sheikh Ahmed Nawar, to Bahrain after the German authorities rejected his asylum application despite residing in Germany for years, however, he was eventually allowed to leave to a third country.

While the countries that are hosting refugees seek to limit the flow of refugees, and while various countries are making efforts to resettle refugees, it becomes a necessity for the international community to work on tackling the Bahraini refugee dilemma as a political issue, in the first place, which is directly related to the efforts required to address the internal political crises in the country. We believe that contributing to resolving the political crisis will be the best contribution to address the phenomenon of “Bahraini refugees,” as it is a phenomenon that constitutes a burden for the host countries, and for the refugees themselves, of which many suffer from forced immigration from their homeland and are unable to communicate with their families in Bahrain or consider resettling in the country.

In light of the 1951 Refugee Convention and the phenomenon of the “Bahraini diaspora” and the fear of its various repercussions, Bahrain Interfaith presents the following recommendations to the States participating in the global refugee forum: