On the International Migrants Day: we call on the government of Bahrain to pay special attention to the suffering of domestic workers

On the International Migrants Day, the Bahrain Interfaith Center (BI) and the Bahrain Center for Human Rights (BCHR) call on the government of Bahrain to pay special attention to the suffering of domestic workers in the country. 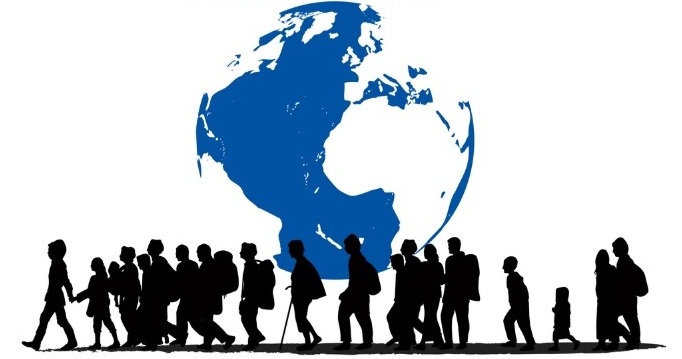 On December 18 of each year, the world celebrates the “International Migrants Day “, to highlight the issue of migration and the profile of migrants from their countries of origin to other countries. On this day, the United Nations announced that migration, throughout human history, was a courageous expression of individuals’ determination to overcome difficulties and seek a better life. The UN has made it clear that globalization and progress in communication and transportation have led to an increase in the number of people who have the desire and ability to move to other places.

Concerning Bahrain and the Gulf States, the term “migrant labor” is not a current one, and another term is used which is “foreign labor” or “expatriate labor”. The United Nations’ International Labor Organization (ILO) estimates the number of migrants worldwide at about 214,000,000, about half of whom are women. The organization warns that the global financial and economic crisis has exacerbated the conditions of women migrant workers, especially in the developing countries. Migrant workers around the world face policies and procedures of discrimination and abuse, including low wages. Bahrain is home to more than 438,000 migrant workers, most of them from India, Pakistan, Nepal, Sri Lanka, Bangladesh, Indonesia, Thailand, the Philippines, Ethiopia and Eritrea.

In Bahrain, migrant women face multiple forms of discrimination and harassment at work. For example, migrant domestic workers in Bahrain – estimated of about 70,000 – suffer discrimination and some manifestations of racism against the background of differences in religion, sect, or race, as well as insulting and degrading violations.

Migrant workers find themselves obliged to leave their home countries in search of an appropriate income. Many of them had to pay exorbitant fees to facilitate immigration and find a job, and in the hope of obtaining better work opportunities in Bahrain. However, they are often surprised when they arrive that the high cost of living and the nature of work available are not equivalent with the money they had to pay to come to the country.

On this occasion, Bahrain Interfaith Center (BI) publishes, in association with Bahrain Center for Human Rights (BCHR), a report on migrant domestic workers in Bahrain. The report deals with files related to the rights of this group in society, including the strengthening of laws that guarantee the care and respect of freedom of belief and religion, for both citizens and migrant workers alike. In addition, the report urges the government to develop the laws related to domestic workers, in a manner that respects international standards and achieves security and commitment to the rights of this group, including the rights to practice religious rituals and the freedom of belief.

Both centers call on the local and international community to pay special attention to the suffering of migrant domestic workers in Bahrain, and call on the government to: ratify the International Convention on the Protection of the Rights of All Migrant Workers and Members of Their Families; as well as to ratify the relevant International Labor Organization treaties, including Convention No. 97 (1949) on labor migration, and Convention No. 143 (1975) on migration in abusive situations; and to promote equal opportunities and treatment for migrant workers.