On the International Day of Commemoration and Dignity of the Victims of Genocide: “Hate Speech in Bahrain: A Warning Prelude to Genocide Crimes” 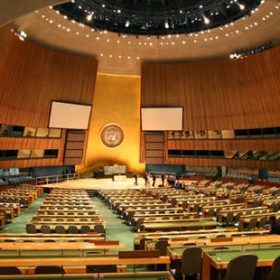 On December 9 of each year, the world commemorates the “International Day of Commemoration and Dignity of the Victims of the Crime of Genocide and the Prevention of this Crime,” to prevent genocide and the conflicts that lead to it. The Bahrain Interfaith Center believes that this event is an opportunity to recall the importance of honoring the victims of all genocides, all over the world, and doing them justice, including the victims of genocides of cultural or religious forms.

Furthermore, the Bahrain Interfaith Center believes that some of the violations in Bahrain are similar, in form, to cultural genocides that are internationally considered as wrongful acts, referring to article 2 of the International Convention which states that genocide includes acts committed with the intent to “destroy, in whole or in part, a national, ethnic, or religious group”, including “causing serious physical or spiritual harm to members of the group”, as well as subjecting the group to “living conditions which may lead to its partial or total material destruction.”

International organizations and the Bahrain Independent Commission of Inquiry (Bassiouni Report – BICI) have documented severe abuses in Bahrain, affecting the religious identity of Shia citizens in the country. Also, the reports mention the systematic targeting of rituals and practices of Shiites, amounting to “spiritual harm,” as the state imposes religious education, contrary to the Shiite belief, in public schools, and prohibits the teaching and manifestation of Shia culture in government’s institutions and official media. Moreover, the Shiite institutions, which manage the Shia’s affairs in the country, are also being cracked down, and the government has demolished dozens of Shiite mosques, some of which are historical monuments. Additionally, the vast majority of victims of political killings and arrests since the events of 2011 are from the Shia community, of whom nearly 200 have been killed, and NGOs have documented the arrest and imprisonment of more than 5,000 people since the events began.

The High Commissioner for Human Rights, Michelle Bachelet, said that: “hate speech is one of the signals that are directly linked to the genocide,” and according to this, the Bahrain Interfaith Center warns against the increase of the severity of the hate speech in Bahrain. Also, it asserts that the exclusion of Shiites from the official media, harassment of their lives, freedoms and rituals, and the organization of their affairs could be a serious trigger to genocide-like crimes.”

Based on the fact that the Government of Bahrain has ratified and acceded to the Convention on the Prevention and Punishment of the Crime of Genocide of December 9, 1948, the Bahrain Interfaith Center urges the Government’s official departments to cooperate and work with the community organizations to adopt effective strategies to eliminate hate speech, discrimination, racism, religious persecution, and identity-based targeting. Also, the Center believes that this is the only way for the government to praise its ratification of the Convention highly, and it would be an effective step that will reassure the victims and aid in doing them justice through genuine and complete reconciliation.