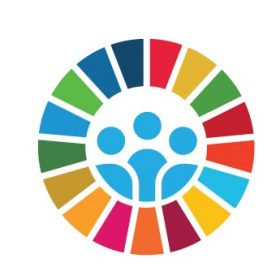 Today, December 9, is a window of opportunity for those interested in fighting corruption in the world, including Bahrain; the world is celebrating the “International Anti-Corruption Day” which was declared by the United Nations on this day in 2003, considering corruption as “a dangerous crime and a complicated social, political, and economic phenomenon,” since it is regarded as one of the structural causes that “affects all countries and as one of the biggest obstacles to achieving the sustainable development goals.”

On this occasion, the Bahrain Interfaith Center believes that the Government of Bahrain should work hard to consolidate its efforts to combat corruption by “establishing the values of transparency, accountability, non-discrimination and the application of the system of accountability in the State bodies” which would “put real brakes” on official administrative and political corruption in Bahrain. Also, the Center believes that the government will be serious in dealing with corruption cases if it transforms the legislature “into an effective legislature that possesses the tools to hold the executive power accountable, according to the constitutional principle: the people are the source of all powers.”

Furthermore, the Bahrain Interfaith Center calls for the full implementation of the United Nations Convention against Corruption, including the provisions of Chapter 2, which stipulates that transparency and accountability in matters of public finance must be promoted, and specific requirements for the prevention of corruption must be established, especially in vital sectors such as the judiciary and public procurement. Also, given the fact that the prevalence of corruption in the institutions, as shown in the annual monitoring reports, negatively affects the practice of civil and political rights, and the security and social and economic stability of society, the Bahrain Interfaith Center stresses that “ developing the legislature, opening up horizons for the free civil work, and promoting the integrity of the judiciary will play a stronger role in prosecuting the degenerates, preventing impunity and allowing the real participation of society in detecting corruption and eliminating its causes.”

On this International Day, the Bahrain Interfaith Center calls for: