Urgent Appeal to the United Nations 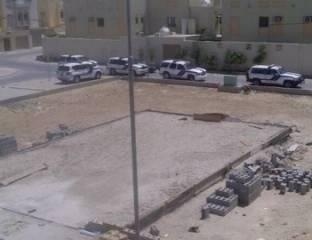 The Religious Freedom Unit in the Bahrain Human Rights Observatory (BHRO) has sent an urgent appeal to the United Nations and the international organizations concerned of religious freedom after the Government of Bahrain has announced a project to turn a mosque that goes back to over 70 years into a public park.
Sheikh Maytham Al-Salman, the Head of the Religious Freedom Unit in the BHRO said the Abu-Thar AlGhufari mosque was demolished on 19th April 2011 in a wide campaign of violations. The Bahrain Independent Commission of Inquiry considered such violations “collective punishment” against a sect of the society.
Al-Salman mentioned that the mosque is over 70 years old and is recorded in the Jaffaria Directorate as “Masjid Abi-Thar” along with an official map for the survey certificate with its name, location and area.
The Islamic Affairs in the Ministry of Justice and Islamic Affairs and Directorate issued a statement on 26th June 2013 over the Abu-Thar AlGhufari mosque that is located in Barboora, considering its existence violates the law. At the same time, the Ministry of Municipality Affairs and Urban Planning claimed in a statement that an unlicensed building is taking place on a land located in Hoorat Sanad (Barboora), thereof, the concerned parties have decided to take the appropriate measures according to the law and that a park will be built on this land after the public budget is approved as it is included in the ministry’s projects for the years 2013 – 2014.
Al-Salman considered the Government’s attempts to transfer the Abi-Thar mosque into a public park a clear infringement of religious freedom and all local and international laws. He outlined that the international community and the civil societies expected the Bahraini Government to rebuild all the demolished mosques, but the government insists to continue its systematic targeting of places of worship that are recorded in the state’s official documents.
Al Salman said, “This step requires the international community’s diplomatic interference and condemnation for the obvious violation of the Universal Declaration of Human Rights and all international covenants as well as all divine laws”. He added, “This step does not represent any of the Bahraini respectable sects, but the aggressive parties within the regime attempt to invest such measures to spark a sectarian hatred conflict between the factions of the Bahraini society.