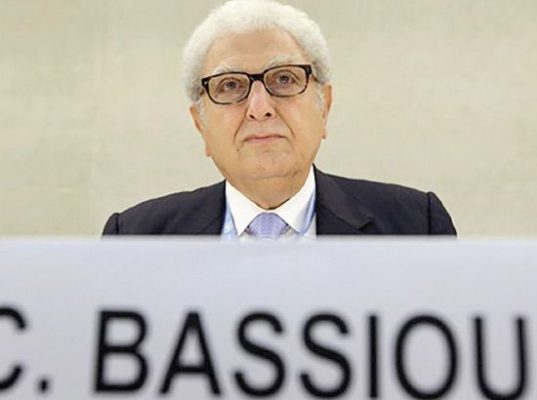 By the end of November 2019, Bahrain will witness the occasion of the eighth anniversary of the release of the famous report, known as “Bassiouni,” referring to the committee that issued the report on the investigation of the events of February and March 2011, headed by the late Professor Mahmoud Sharif Bassiouni. Despite these years, and the frequency and intensity of the conflicts that the report was supposed to bring to an end, citizens, activists, and local and international observers still recall the day Bassiouni made his famous speech at the launching ceremony of the report eight years ago. On that day, the man said the concluding speech at the end of the committee’s work, leaving the lessons that will remain an unforgettable part of Bahrain’s history. Besides that, it is worth recalling the memory and highlighting the lessons learned after the dramatic events that followed that day. This brief report is a reminder of the event and a recollection of the stages that make it necessary to further review and think in the future.