Restructuring the Security Forces in Bahrain .. A Pathway Towards Equal Citizenship 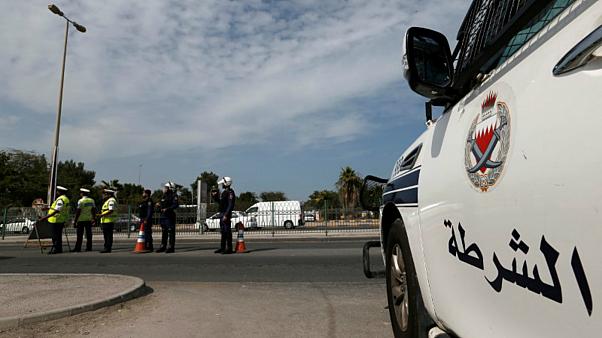 Bahrain’s geopolitical location off the Gulf coast may have qualified the country to be a good field for open strategic experimentation. Reports of the situation in the small island usually highlight that the “sectarian division” has created grounds for reoccurring crises. This trend has taken its most notable rise in recent years. Reporters frequently describe the nature of the situation, using a repetitive descriptive that observers may not necessarily adopt, referring to “the dominance of a Sunni sect in power, opposed by a Shiite majority”
This description, despite its reliance on sectarian roots, undoubtedly refers to the prevailing drivers that lead to sectarian marginalization, in parallel with a structured strategy within state institutions based on a sectarian vertical cleavage. This resulted in adopting a sectarian policy in appointing Bahrainis in the security and military establishments in Bahrain, noting that the unannounced employment policy in these establishments is based on sectarian backgrounds which led to limiting the number of Shiites, especially in high positions and ranks. The policy was not limited to the Ministries of Interior and Defense, it extends to other institutions and bodies including the Public Prosecution and the Judicial System, which recently opened the door to a limited number of Shiites.
The formation and structure of the military and police is surely a “complex issue”, reflecting the nature of the deep crisis, which ultimately refers to the absence Equal Citizenship. The situation has become more complex due to the evolution of”political naturalization” and the growth of tribal fanaticism. The true challenge today is creating an all inclusive approach towards the formation of the police and army in order for these two establishments to represent all societal factions and to put an end to the discriminative policy towards the employment of Shiites.
This dilemma was highlighted in the BICI report including the reports understanding of the 1994 crisis. The report elaborates that the Shi’a community, had a growing sense of sectarian discrimination and systematic denial of their civil and political rights. Sectarian stereotyping, has created a tough environment for Shiites within the security and military establishment questioning their loyalty and national belonging.

Many activists describe the approach as a “fabrication,” since most appointments were limited to “Community Police”, with no evidence of appointments at an executive level in security and military establishments.

Some activists believed that limiting the appointments to Community Police reflect an attempt to escape the “national” need for real integration of all factions of society within the security forces, suggesting the implementation of international recommendations including the US State Department recommendations.

The Government of Bahrain is called upon to take practical steps in restructuring of military and security institutions on the basis of overcoming the barriers towards building trust with all citizens through ensuring that all factions of society are represented fairly within these establishments and regarding all societal factions an integral component of National Security. Equal Citizenship is a national necessity for peace, stability and security in Bahrain and security institutions are expected to be on the frontline of adopting equality policies, for many Bahrainis believe that the absence of Equal Citizenship is the main tigger of the crisis in Bahrain.