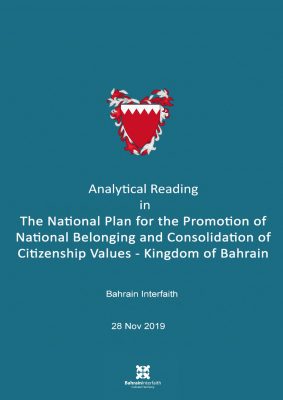 For decades, equal citizenship has been a cornerstone of Bahrain’s political and human rights movements, and a pressing national need that hasn’t been absent from demands for reformation since the 1930s which has been presented as a solution to many of Bahrain’s long-lasting crises. Moreover, equal citizenship was considered a roadmap for managing the diversity of Bahrain’s social and political structures. For the past eight years, Bahrain has been experiencing severe political and social issues. These issues have formed an international consensus on the importance of undertaking radical reforms in Bahrain; the addressing of the plight of widespread discrimination in the country, and the absence of principles of equality, justice, and equal opportunities on the basis of equal citizenship. Nonetheless, the Bahraini government has resorted to several useless steps that haven’t affected the essence of the problem or chaned the international conviction, that Bahrain has failed to comply with international treaties and conventions related to equality rights.

One of the repercussions of the stifling political crisis in Bahrain was the involvement of both conflicting Bahraini parties in an ongoing debate over the concepts of homeland, the citizen, and patriotism. This argument led to the exchange of accusations between government and opposition in the subjects related to these three concepts. The opposition has outperformed the government in international forums, on the diplomatic and human rights levels, by persuading the world that the government of Bahrain breached its international obligations related to equal citizenship rights; which prompted the authorities in Bahrain to go on a project entitled “National Plan for the Promotion of National Belonging and consolidation of Citizenship Values”.

The strife between the two different views demonstrates the need to work on the restoration and reconstruction of the Bahraini national identity to achieve equal citizenship and justice in rights and obligations.