On the International Day for Tolerance: Bahrain Interfaith calls for dialogue to resolve the crisis 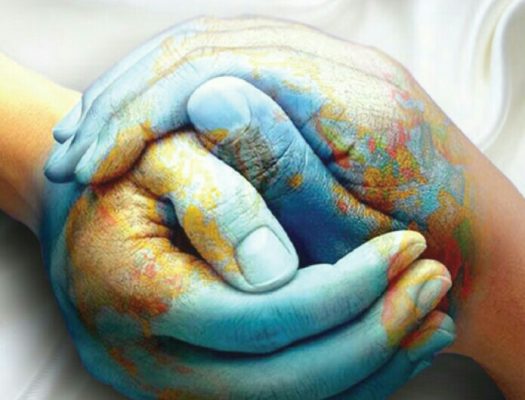 Today, November 16, a day marked by the UN as the international day for tolerance, with the aim of calling for the establishment and re-enforcement of values of tolerance among all human beings of all faiths, cultures, and ethnicities, in order to achieve a better life for humanity in peace, acceptance of the other, and mutual respect.
The Declaration of Principles on International Tolerance, adopted by the UN General Assembly in this regard, states that tolerance essentially means “the recognition of the human rights of others.”

At the Kingdom of Bahrain’s level, it stressed the importance of this Declaration, which emphasizes the imperative of practicing tolerance in practice through its institutions, laws, legislation, and actual policies, and adherence to the provisions of the UN Declaration, especially in Article 2 of the Declaration, as the latter states that “tolerance at the state level requires ensuring fairness and impartiality in legislation, law enforcement, and judicial and administrative procedures, as well as providing economic and social opportunities for everyone without any discrimination, since any exclusion or marginalization may lead to frustration, aggression, and intolerance.” Also, it states that intolerance may be manifested in the marginalization of vulnerable groups, their exclusion from social and political participation, and the practice of violence and discrimination against them. The Declaration on Racial Prejudice affirms that “all individuals and groups have the right to be different from one another.”
Due to the importance of adhering to these principles, the Bahrain Interfaith Center is interested in emphasizing several points:
– The need for serious national action to enable a peaceful political solution to the stifling crisis in Bahrain since 2011, encourage the parties involved in the crisis to return to the national dialogue table, and motivate them to publicly support the option of national reconciliation and adopt the principle of dialogue and negotiations to resolve the political crisis.
– End of all forms of repression because this systematically contradicts the principles of tolerance and fundamental human rights and only leads to further tensions and frustration.
– The continuation of the condemnation of violence and by civil society organizations, parties, political associations, community-based organizations, and community leaders, whatever the sources, forms, and justifications of violence are.
– Promotion of values of equal citizenship, spreading the culture of democracy and human rights by the actors in society, and providing an opportunity for civil society organizations to raise their voice and launch their initiatives in countering extremism, discrimination, violence, racism, and political and social exclusion.
– The commitment of independent media and media affiliated to all parties involved in the Bahraini crisis to not advocate hate messages or incite sectarian strife, and to avoid offending religious, social, and political symbols in Bahrain because of its negative impact on the social and political climate in Bahrain.
– The combating of all forms of intolerance and discrimination on the official and popular levels in Bahrain, and to promote a spirit of tolerance, accept the principle of difference, consolidate democratic traditions and embrace political and social pluralism.
– Reconstruction of all 38 destroyed mosques in their sites, which were illegally demolished in 2011, and open a fair and impartial investigation in this crime.

Based on the above, we call for the following:

– We call for the release of all political detainees and the return of citizenship to hundreds of Bahraini citizens, leading to positive repercussions on the political, social and security climates that pave the way for political solutions.
– We call for opening the doors of serious dialogue and calling on the parties in the political crisis to agree on a roadmap to get out of the crisis-ridden reality that has plagued the country since 2011.
– We call on the Government of Bahrain to immediately stop all human rights violations and to cooperate seriously with international and local human rights bodies to redress the deterioration of human rights in the Kingdom.
– We call for opening the horizon of public freedoms as a fundamental factor in the consolidation of fundamental rights, which are based on the value of tolerance, in particular, freedom of expression, the right of peaceful assembly and association, and the protection of religious freedoms for all components.
-We call on active associations, political parties, and civil society organizations in Bahrain to propose safe ways and devise methods commensurate with the challenges of the stage and its stifling circumstances to continue their political and civil work which strives to build a democratic and secure future for all Bahrainis that guarantees them social and political justice and achieves equal rights among them without any exception.
– We call on international actors to contribute positively to push for a comprehensive national dialogue that meets the aspirations of all Bahrainis at the political, economic, security and social levels.