Comments on the Nonviolence Document Launched by the opposition 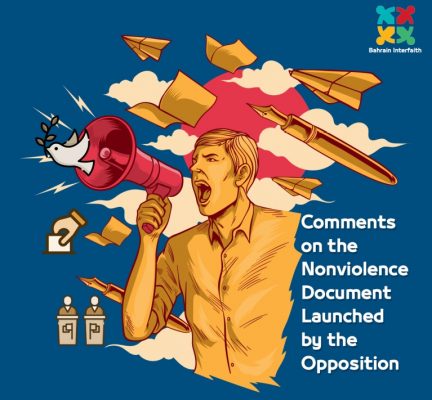 More than a year after the uprising of the Bahraini people, which shook the streets of Bahrain’s cities and squares, demanding concrete political reforms, the cases of violence increased and this left a negative impression before the local and the international communities. These cases are considered contrary to the universal human rights norms and conventions stipulated by the United Nations, which promote the freedom of expression for individuals, regardless of their color, religion, ethnicity or even their political affiliation.

Click here to read it fully Comments on the Nonviolence Document Launched by the Opposition.