Statements, The centre in the Media

On the International Day of Non-Violence: We call on the Bahraini government to uphold the renouncing of violence and hatred

On the occasion of the In 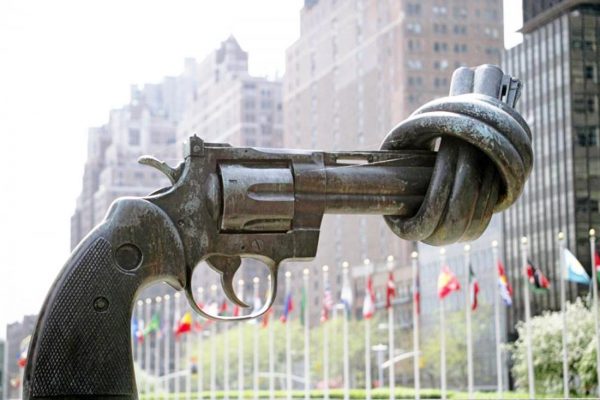 ternational Day of Non-Violence, the Bahrain Interfaith Center calls on the authorities in Bahrain to end all forms of violence against citizens exercising the right to freedom of expression or belief as guaranteed by the International Bill of Human Rights and international covenants and conventions. Also, it calls on the Bahraini government to implement all agreements that uphold the renouncing of violence and hatred.
This anniversary coincides with the birth of Mahatma Gandhi, the leader of India’s independence movement and the pioneer of nonviolence philosophy and strategy, who said: “non-violence is the greatest force at the disposal of humankind. It is mightier than the mightiest weapon of destruction devised by the ingenuity of man.” Also, he points out that: “the nonviolence isn’t clothes we wear, it is in the heart, and it must be an integral part of our existence”. Throughout his career, Gandhi sought to consecrate this philosophy out of his belief that freedom and democracy become non sacred when hands are stained with the blood of innocent people.
In this context, Bahrain Interfaith considers that violence is a remnant of hate speech practiced against a certain group of people as a result of their religious beliefs or expression of their political views. The Center calls for avoiding violence and renouncing it, and for spreading the concepts of peace, especially through accepting the other’s opinion and calling for dialogue and national reconciliation. Besides, it calls for the release of all political detainees as well as prisoners of conscience subjected to violence in Bahraini prisons.
In this regard, the Center has issued several papers aimed at deepening the understanding of the meanings of peace and non-violence. You can find them through these links:
Peace and Non-Violence.. The unilateral commitment in Bahrain
Peacefulness and Non-Violence in the speeches of Sheikh Issa Qassim.
In addition to a paper entitled “Comments on the Nonviolence Document Launched by the Opposition,” which will be released within the coming days.