Breaking News: The largest Shia Mosque has been attacked in Bahrain

The religious freedom unit within the BHRO have confirmed that the “Imam Sadiq” Mosque, located in Duraz, has been subject to attack on Friday 14th of February 2014 by the regime’s policemen. 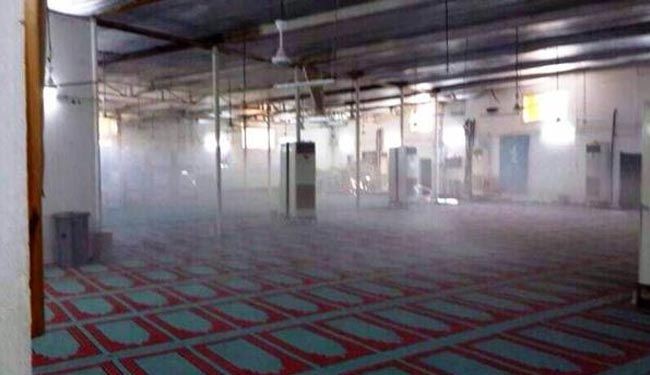 Sh. Maytham Al Salman, who heads the religious freedom unit, considered such assault as an obvious signal of the sectarian hatred that is spreaded across the regime’s institutions, hence, demanding the effective support from the International community to put an end to the continuous and systematic assaults on the worship places, even on those officially registered within the governmental Jaafari Waqf Directorate (JWD).

Al Salman added, “The Imam Sadiq mosque has a significant sentimental and religious value to the Bahraini Shias as it the mosque that holds the largest congregational Friday prayers in Bahrain where thousands flock to it. Attacking it with poisonous gas is considered an attack to a large sect within the country.”

Al Salman has further demanded international associations and activists groups to continue pressurizing the regime in order to prevent more assaults on worship places and to preserve people’s fundamental right to practice religious beliefs. The Religious Freedom Unit of BHRO has observed 6 assaults to worship places (all have been Shia mosques) since 2014.