On the International Day of Peace: Bahrain Interfaith calls upon the Government of Bahrain to end the suffering of thousands of political prisoners and to launch a National Dialogue Initiative 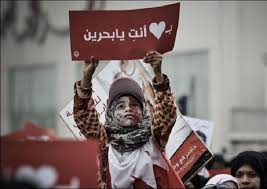 Bahrain Interfaith calls upon the Government of Bahrain to launch a comprehensive National Dialogue Initiative that begins with tangible steps to eliminate the causes of tension that hinder national efforts to achieve a peaceful reconciliation to the crisis in Bahrain.

Bahrain Interfaith addressed the message to the Government and to non-state actors on this occasion. Bahrain Interfaith demanded authorities to take concrete steps in promoting openness, moderation and tolerance that accommodates all components of society, including vulnerable and marginalized components, and those who identify themselves as opposition groups.

Bahrain Interfaith stated that targeting and arresting thousands of citizens for opposing governmental policies, demanding democratic and human rights reforms, and for the exercise of their rights in freedom of conscience, belief and expression can only lead to the cultivation of popular frustration and destabilization of national security, as well as violating the constitution of Bahrain and international laws.

The center concluded that a shared national consciousness must rise towards attempting to end the sufferings experienced by thousands of political detainees and their families, lift arbitrary restrictions on freedoms and rights, and to stop the decline in social, political and economic security in Bahrain, all of which requires a radical change in policies that could possibly begin with a National Dialogue Initiati