Statements, The centre in the Media 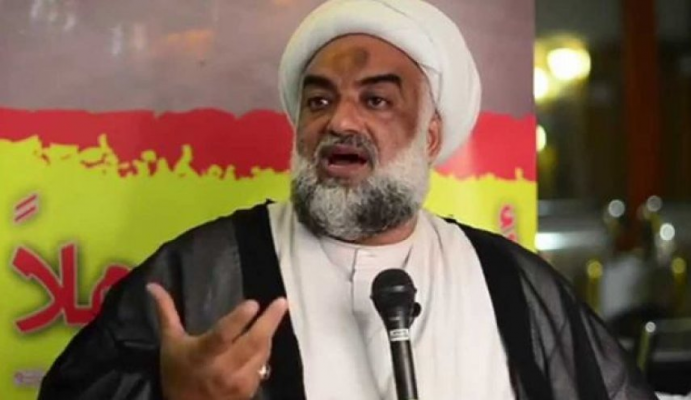 Bahrain Interfaith and Bahrain Center for Human Rights (BCHR) express both their deep concern about the continued deterioration of Religious Freedom level in Bahrain. This comes as the Bahraini authorities continue to exercise restrictive procedures and punish people related to speeches and religious opinions, especially Shi’a clerics.

During Ashura in Muharram that was on the first of September this year, the Bahraini authorities made a series of summons and interrogated dozens of preachers, clerics and religious leaders for sermons delivered on religious occasions related to the performance of Ashura rituals. Some of them were charged. They were abused by being deprived of their own rituals. Authorities continued to restrict the revival of these rituals by attacking banners and religious phrases held in Ashura in different parts of Bahrain.

(For detailed Ashura-related violations, you can read this statement Bahrain: Ashura Reveals False Allegations of Respect for Freedom of Religion).

One of the government’s most recent violations of religious freedom is the arrest of Sheikh Abdul Nabi Al-Nashaba, whose case will be heard on 27 September by a Bahraini court. He is a Shiite cleric who faces charges of contempt for a sect following a sermon he gave early at a religious event in April 2019.

In detail, Bahraini authorities arrested Sheikh al-Nashaba on July 28, 2019 (about a month before Ashura began) after receiving a call from the Qudaibiya police station asking to be present without explaining the reasons and was arrested upon arrival. The following day, al-Nashaba was brought before the Public Prosecution, which ordered his detention for 15 days pending investigation on charges of “contempt of sect” and no lawyer was allowed to appear during the investigation session.

45 days after his arrest on pending investigation, the Public Prosecutor ordered on Thursday 12 September, 2019 to extend and transfer the case to the court and set a trial date on September 27, and also requested his release under the guarantee of residence.

It is noteworthy that Sheikh al-Nashaba was previously interrogated on the same charge after being summoned on April 10, 2019 to the Nabih Saleh police station, but was released after interrogation.

In other cases, on September 9, Hamad Town Police Station in Roundabout 17 summoned Mullah Mahdi al-Manami, a religious preacher, and arrested and interrogated him. The next day he was brought before the Public Prosecution, which released him after he was charged with inciting hatred against the regime.

Bahrain faces a lot of international criticism over restricting Religious Freedoms and the restrictive procedures against clerics and individuals participating and/or related to religious events. The UN Commission on International Religious Freedom (USCIRF) has expressed grave concern over reports stating that Bahrain’s government is preventing Shi’a prisoners from accessing worship books and other religious texts in prisons, as this contravenes Bahrain’s international human rights obligations. This was as a comment on a press release issued on Thursday 22 August, 2019, by “Bahrain Interfaith”.

Bahrain Interfaith and BCHR therefore call on the government of Bahrain to: