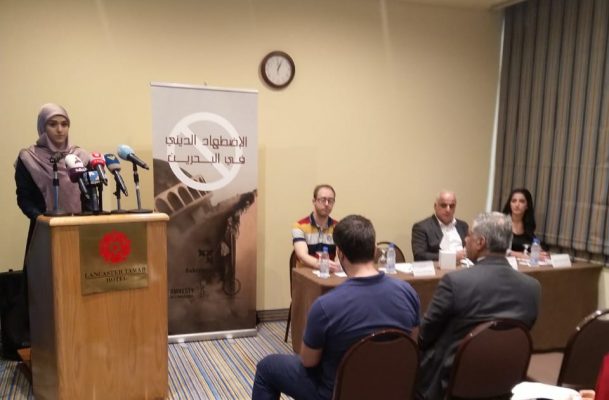 A conference was organized by Bahrain Interfaith by the name: “Religious Prosecution in Bahrain”. The participants were Bahrain Interfaith, Amnesty International and Bahrain Center for Human Rights and was held at around the same time a report from the US State Department was issued regarding religious freedom in Bahrain.

Recently, Bahrain has faced a lot of tragic incidents where the Bahraini government violated international rules and norms regarding religious freedom according to some UN experts and international religious rights organizations. Starting with the deterioration that faced Bahrain regarding religious freedom, it is necessary to shed some light, in this conference, on the religious discrimination that is happening in Bahrain in particular.

The US State Department’s report states that Shias in Bahrain are still facing a lot of discrimination when it comes to employment, education and judicial law. Moreover, Shia prisoners are facing a lot of humiliation and are denied treatment in prison.

Firstly, the conference started with a speech by the lawyer Dr. Abbas Dbouk in which he talked about how the Bahraini government is violating international laws about religious freedom while referring to the article 18 of the International Covenant on Civil and Political Rights.

Secondly, a speech was made by a representative of Amnesty and a researcher on Gulf matters Mr. Devin Kenny. He talked about religious discrimination related to religious practices, in addition to the discrimination facing Shias in Bahraini religious sites and prison. Moreover, he stated how some Bahraini citizens were stripped of their nationality and that contradicts international laws. He also emphasized the importance of granting Shias their religious and social rights.

Thirdly, a speech was made by Ms. Ghowa Faroukh, representing Bahrain’s Center for Human Rights, regarding religious freedom in Bahraini prisons. She stated that citizens are not being given these rights outside of prison, so what could be expected from what’s happening inside the bars of prison. Moreover, she listed some recommendations in the name of their center like the importance of improving the conditions of prisoners, allowing them to practice their daily religious rituals, and prohibiting illegal practices and torture in prison.

Finally, the conference was concluded by a speech done by the researcher Soumaya Al-Haj Hassan, representing Bahrain Interfaith, in which she mentioned some points stated in the US State Department’s report about religious prosecution in Bahrain. The organization also stressed on the importance of abiding by what was recommended by the US State Department and asked the United States to urge the Bahraini authorities to consider the recommendations done by the Bahrain Independent Commission of Inquiry (BICI). The Speech also urged the Bahraini government to clarify all requirements and abide by all the updates done on the political law, in addition to exerting some pressure on the government to apply the rules that prohibit religious discrimination in employment. In conclusion, the organization urged the government to launch a new rule that aims to investigate all previous prosecutions against the Shias in Bahrain and encouraged the freeing of activists in the field of religious freedom from prison while launching new rights that protect them from any ill-treatment when being questioned.