Events, The centre in the Media 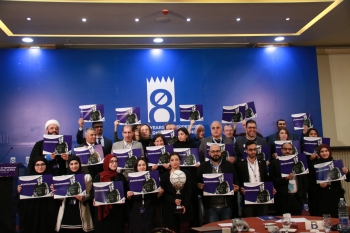 An international conference on the human rights situation in Bahrain was held in Beirut, on the 16th of January 2019 with the participation of international human rights organizations, experts, CSOs, activists and researchers. Members of prominent organizations such Human Rights Watch, Amnesty International, Human Rights First, IFEX, FIDH, Civicus and others have participated in the discussions of the topics of the conference.

All participants have agreed on the emergency of implementing a new international strategy to deal with the ongoing deterioration of the human rights situation that has been happening under the silence of the international community, including the UK and the USA.

Some of the topics discussed revolved around the harassment and prosecution of human rights defenders, the closure of civic and political space, the lack of democratic political pluralism, the ban on the entrance of UN special rapporteurs to Bahrain amongst others.

Among the participants, some of the important statements were:

Joe stork made a comment saying that “the silence we are talking about is not international; it is enforced silence in Bahrain.”

Aya Majzoub, the researcher at Human Rights Watch, declared that “We have 5 joint statements on Bahrain since 2012, last one was in 2015. Part of the reason that we haven’t had another joint statement on Bahrain because no country is willing to take the lead.”

The senior Advisor in Human Rights First, Brian Dooley, said that “for the time in generations, in Washington (US Congress), questions are being asked that haven’t been asked before, this is an opportunity to be used.”